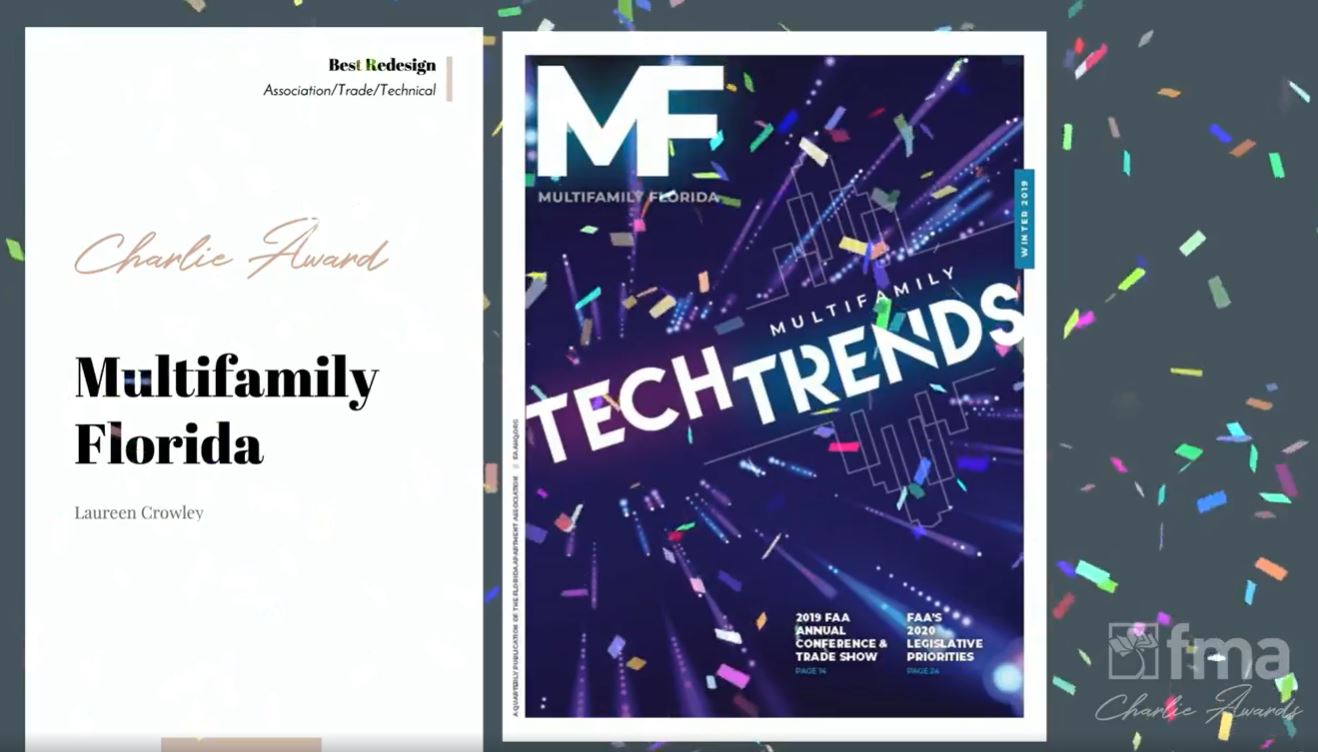 The redesign of Multifamily Florida magazine received a first-place "Charlie Award" from the Florida Magazine Association. The judge commented: Cover is much more modern and eye-catching in its placement and treatment of cover lines as well as the nameplate design than the old design; clearly differentiated departments with color and slug treatments is nice; lots of clear entry points in departments; informative mix of imagery, infographics, and typography to keep the reader engaged.

In addition, FAA received a silver award for the ad for the 2020 FAA Legislative Conference, which appeared in Multifamily Florida. Judge's comments: Nice tie in of the blueprint theme between the image and typography.
Lastly, FAA received a bronze award for best column for FAA Update by Josh Gold. Judge's comments: In less than a full page, this author delivers a lot of information about professional development and educational activities, much of it packaged in easy-to-read bullet points.
Resources to Aid Multifamily Operators During Hurricane SeasonJuly 30, 2020 FAA Human Trafficking Awareness TrainingJuly 29, 2020