The annual Legislative Conference has become a flagship event for the Florida Apartment Association over the years, with the highlight being the day members visit state lawmakers in their offices at the Capitol in Tallahassee. Chris Burns remembers the first one well because it occurred when he was president.

“One of my best memories was arriving in Tallahassee for that very first FAA Legislative Day,” said Burns, who served as president for two terms, in 1993 and 1994. “That was a significant step for the association’s advocacy efforts for the future. FAA also was able to get a bill introduced and passed into law that year by successfully lobbying a Dade County legislator who initially opposed the bill but after meeting with us changed her mind and actually pushed the legislation forward.”

Getting more members involved in legislative efforts marked a turning point in the growth of FAA, which in the mid-1990s was resetting its direction with a serious focus on advocacy, education, and financial stability, he said. During that time, the leadership reshaped the annual educational conference and eliminated FAA programs that were not financially sound. Those changes back then laid the foundation for the strength and effectiveness of the FAA today.

“I think the most dramatic change in FAA since the 1990s, has been watching it grow into the industry leadership position it has today,” he said. “It is certainly the vision that Pat Crow Segal, the executive director at the time, instilled in our board of where we hoped it would go one day.”

Burns, who came up through the ranks of the South East Florida Apartment Association, stayed active in FAA long after serving as the 18th president. He was inducted into the FAA Hall of Fame in 2009.

“Like anyone who receives an honor like this, you first have to be lucky that one of your peers recognizes your contributions and takes the time to make that nomination,” he said. “For me, that person was the late Kathy Ratchford, who herself also made significant contributions to the growth and success of FAA. Being recognized by someone of Kathy’s stature in itself was a significant achievement.” Ratchford would go on to be named into the Hall of Fame in 2013.

Burns spoke about his legacy in the association. “I think my contribution to FAA was to be the leader who oversaw two years of significant change in the association supported by a visionary board and executive director. Some of the changes made in those two years were both contentious and painful, yet were necessary to open the door to future growth. I am very proud of FAA today, as well as all of those leaders who have followed since the 1990s in continuing to build on the foundation that was laid in those two formative years.” 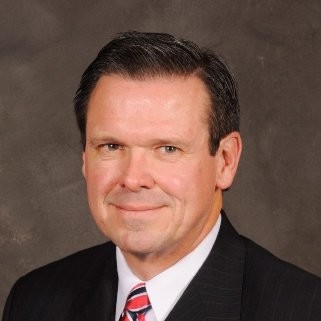