If there is one thing Mark Decker learned during his term as the 31st president of the Florida Apartment Association, it’s that nothing important happens without teamwork and perseverance. Two of the most important accomplishments of his presidency in 2007 didn’t actually transpire until he had already handed over the reins to the FAA leaders who came behind him.

One of those accomplishments was an early lease termination bill the FAA had started advocating for in 2005. During Decker’s term, the bill made it all the way through the state Legislature and was just waiting for the governor’s approval. Instead, it received a veto — a crushing blow at the time to FAA and the property owners and managers the association represented. It would be the following year, under a new governor and 2008 FAA President Mark Ogier, that the legislation would finally be signed into law.

The bill was significant for more than what it meant on the surface for landlords. “The early lease termination bill was one of our first forays into changing legislation,” Decker said. “Before that, we were usually trying to play defense, as far as making sure bills we felt were detrimental to the association would not become law.”

Decker cites another accomplishment that was not so popular at the time but ended up being important to FAA. “I was the bad guy who put forth the idea that we needed a dues increase for the association,” he said. “We put together a task force and it eventually got passed.”

That activity was a springboard for discussions with the local associations about introducing a revenue-share back with FAA dues, Decker said. “When Kellie Jackson became president in 2011, she worked hard on that and it finally happened.”

Decker is now retired but still keeps up with FAA activities, and he looks back fondly on his days in the association’s volunteer leadership. He tells the story about a trip he and some of the other board members took to Tallahassee to speak with lawmakers. He was driving, and his predecessor, 2006 FAA President Kathy Ratchford, was in the front seat. He was trying to teach her how to tell a joke to impress the lawmakers and their staff members, and watching her try to get it right made everyone in the car laugh.

“But she did at the end finally get it right,” he said. “When we made it to Tallahassee, she was able to tell it and did well with it.” 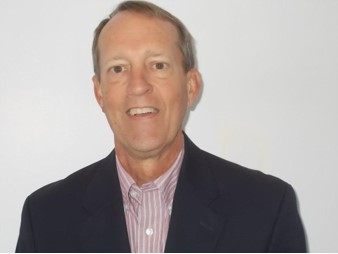