When Dennis Fuller looks back on his year as president of the Florida Apartment Association in 1992, he remembers the travel and the camaraderie. In fact, these were the things that kept him active for many years.

He had started out as a member of the Jacksonville Apartment Association, where he served in leadership positions and worked his way up to president. Fuller held the top post at JAA for two years before becoming president of FAA.

“We were a very active association,” he said. “I started going to the FAA meetings quarterly and annually along with our executive director. I had moved up pretty quickly in my career — I started as a leasing agent at an apartment community but just a couple years later I ended up joining a small developer, a syndicator who raised money and bought apartment communities.”

The relationships he formed through his service with FAA were invaluable for his professional development, he said. “I didn't know a whole lot of key people, but once I started going to the Florida Apartment Association meetings, I was able to meet leaders around the state. It was very eye-opening for me because I didn't have that before.”

During his year as president, much of the news was about Hurricane Andrew, which hit South Florida in August 1992 as a Category 5 storm. Buildings, roads, and other structures were no match for winds of 174 miles an hour, and the deadly storm’s destruction led to improvements in building codes, policies, and procedures.

All of the activity around the storm is a blur now, these many years later, but Fuller remembers flying down to South Florida afterward to check on one of the properties he managed near Miami — thankful that it did not sustain damage.

Other travels during his presidency were much more pleasant. He remembers staying at the Ritz-Carlton on Amelia Island as president and also traveling to Venice on Florida’s west coast.

Attending FAA conferences allowed Fuller and other members to take in the scenery between attending educational sessions.

“We all went to the seminars and really got a lot out of those conventions,” he said. “I have great memories from those." 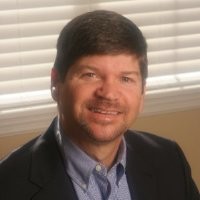