Looking back more than 30 years to when he served as the 14th president of the Florida Apartment Association in 1998 and 1999, Brian Buxton doesn’t remember the specific issues the board of directors was involved in at the time or the details of the discussions. He remembers the camaraderie and teamwork of being part of the leadership — and he remembers the traveling.

“One of the things I found very interesting while I was serving on the board and as president is that often, at least twice a year, FAA would support grassroots involvement of local association members and state FAA leaders and we’d go to the state capital and to Washington, D.C.,” Buxton said. “We’d go into meetings with lawmakers and discuss what we were in favor of or what we thought would be a detriment to the members of the association as a whole.”

Buxton especially enjoyed the FAA members’ trips to Washington. “There’s quite a bit of history there. I had lived in Washington, D.C., for about two years earlier in my career, and visiting there with FAA was like going home.”

The trips to visit lawmakers usually attracted 12 to 15 FAA members, and sometimes as many as 20, Buxton said. They were accompanied by Pat Crow Segal, FAA’s first executive director, who led the association from 1971 to 1997.

He was one of a handful of people who served two terms as FAA president. “Everybody else served for one year,” he said. “I joked around with everybody that I didn't do it right the first time, so they had me serve a second time. They just didn’t have anyone quite ready to take on the role right then. There’s a lot of time and expense involved in being president.”

Buxton worked with Epoch Properties when he joined FAA, and he went on to create Buxton Properties in 1981. He is semi-retired but still active in real estate in Largo.

One thing he’s impressed with about today’s FAA is the benefits of technology. Even something as simple as providing board minutes to record history took more work in his day. “You know, we didn’t use a lot of computers back then,” he said. “We took notes by hand, and everything was done on paper.” 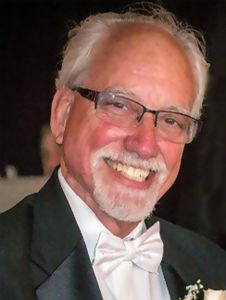